12 Benefits of Riding A Stationary Bike For Healthy Body 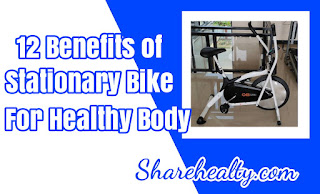 Cycling has become an activity that many people do, so that when the corona virus pandemic, the number of people cycling increased drastically. To the extent that there are also many communities from various circles, because they know what are the benefits of cycling for body health. In addition, now there are stationary bikes, which are a type of bicycle that can be used without having to leave the house.

When you go to the gym or gym, of course you already understand static bikes. Because static bikes are a sporting tool that is usually found in a gym or gym. Static bikes are the same as bicycles in general, but the difference is that they don't move.
If you are the type of person who does not like to leave the house because you are worried about pollution or the corona virus, you can use a stationary bicycle as a tool to exercise at home. Because static bikes are designed to be very practical, they are perfect for those of you who don't want to bother exercising outside the home.

Benefits of Stationary Bike For Health