February 12, 2021
Kandis Acid or Kandis Tamarind is one of the many plants found in Indonesia. This plant thrives with its green leaves and never withers when autumn arrives. Tamarind has a Latin name, namely Garcinia Xanthochymus which comes from India. 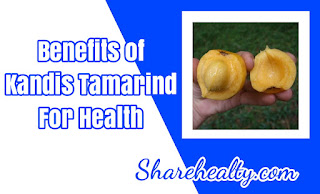 Tamarind Tree What are the characteristics?

This tamarind tree originating from India has a height of 17 to 20 meters and has a diameter of 25 to 50 centimeters. Besides that tamarind is still in the same family as mangosteen and also tamarind.
The uniqueness of the tamarind tree is that it has plank roots, and also has a black trunk decorated with white spots, and its single leaves are oval shaped. Asam kandis has a different color from other types of acids, namely with yellow fruit and has a sour taste, tamarind is also very popularly used as a spice in the kitchen.

The characteristics of Kandis Acid

Tamarind has a hard, brown seed form and a tight skin when split open. When the tamarind fruit is split, you will see a bright yellow color measuring about 9 centimeters and have a very soft texture.
Tamarind fruit is also often dried to be used as spices, jams, and as a mixture for curry dishes. Asam Kandis is also often used as a spice in various foods such as rendang and curry.

How to Process Acid Kandis

Tamarind is often used as a spice in the kitchen, because when food is added with tamarind it will add to the image of a very distinctive taste and is much more delicious than processed foods that do not use kandis acid.
For the method of processing kandis acid, it is quite simple, namely by slicing the sour kandis and then drying it in the hot sun until it is completely dry, for good quality kandis acid has a brownish red color.
Besides tamarind fruit can also be stored for years without fear of rot. Keep in mind that dry tamarind fruit which has a black color indicates that it is of poor quality. This usually happens because it is not too exposed to sufficient sunlight and is immediately stored in a humid state.

In addition to the tamarind fruit, the tamarind tree is also often used as traditional medicine, which is the bark. And in the fruit and fruit skin also contains Vitamin C and high antioxidants.
The content of Vitamin C and antioxidants in kandis acid is often used for several health products such as slimming drugs, rheumatism drugs, inflammatory drugs, cholesterol-lowering to prevent narrowing of blood vessels. But there are also some benefits of kandis acid which I will explain, see the review.
1. Prevent Inflammation And Infections In The Body
Inflammatory and infectious diseases are degenerative diseases that are very dangerous for the human body. Because if the disease doesn't get help immediately it can be very fatal.
Consuming candis acid can prevent and also relieve symptoms of inflammation and infection in the body. Because the nutritional content contained in kandis acid is able to kill and clean the bacteria that cause infection and inflammation in the body.
2. Maintain the Immune System
The content contained in candis acid such as Vitamin C has an active role as an antioxidant which is believed to be able to ward off free radicals. Because this can have a bad effect such as growing cancer cells in the body.
In addition, Vitamin C in candis acid is also very good for skin health and is also able to prevent several skin problems, especially facial skin such as premature aging which is often affected by women who work outdoors.
3. Very Good When Consumed When Dieting
To get the ideal body shape, of course we have to go on a diet. In addition, we must maintain a healthy diet so that our efforts to lose weight are not in vain.
In addition, there are still many out there who experience problems such as being overweight which can lead to dangerous diseases such as obesity.
The method of processing candis acid to be used as a diet drug or natural weight loss drug is quite easy, namely by making candis acid based drinks and consuming them regularly.
4. Optimizing the Performance of Nerves and Muscles
When you are on the move and you feel your body gets tired easily, it can be caused by the performance of the nerves and muscles not working optimally. Kandis acid contains Vitamin B Complex which functions to optimize the performance of nerves and muscles. In addition, other benefits are able to stimulate neuron growth and nerve growth.
When the nerves and muscles work optimally and smoothly, it will certainly make it easier for the body to work freely and not get tired easily. Now there are also many health products circulating that use Kandis acid extract, so you don't need to be tired looking for kandis acid to get its benefits.
5. Very Good For Heart Health
Having a healthy heart is certainly our obligation to maintain it. Because a healthy heart is certainly able to prevent several dangerous diseases such as strokes and heart attacks.
Kandis acid turns out to be very effective in overcoming several heart diseases caused by accumulation of cholesterol in the body and also high blood pressure. Because candis acid can reduce cholesterol levels in the body and can also reduce high blood pressure. So that candis acid is not recommended for consumption for those of you who experience low blood pressure or hypotension.
6. Preventing Stroke
Stroke is a disease that not only affects parents but also adolescents. Stroke is often caused by narrowing of the blood vessels due to cholesterol.
Kandis acid has Isocowanol and Rubraxanthone compounds which are believed to have been able to prevent narrowing of blood vessels that can lead to stroke. In addition, the skin and yellow fruits of Kandis acid are high in antioxidants which function to ward off free radicals.
7. Treating Inflammation of the Gums
According to traditional medicine it turns out that kandis acid is also able to treat inflammation and swelling of the gums. To make the recipe it is quite simple, namely by grinding two candis acids until soft, then attaching them to the gums that are inflamed and swollen.
Wait a few minutes between 5 - 15 minutes, then gargle with warm water and feel its properties. Do this method regularly when the gums are inflamed until they are completely healed.
8. Treating Rheumatism
Rheumatism is a disease that often attacks older people who are over 35 years of age. The treatment method is quite easy, namely by boiling 2 tablespoons of tamarind and then filtering the boiled water of kandis acid and drinking regularly. This drink turned out to be very effective in overcoming rheumatism.
9. Overcoming Diarrhea
Scrape the tamarind tree trunk until it appears white wood. Take 2 cups and clean it, then soak it in warm water until it turns green, then strain it and consume it twice a day to get maximum results to treat diarrhea.
Kandis acid does have many important benefits for the health of the body, but there are a number of things you need to know for those of you who are going to consume kandis acid. Ask herbal experts first for safe tips for consuming kandis acid. Regards
Location: