May 10, 2021
Bidara is a type of small plant that has fruit that grows around the leaves, this plant can thrive in dry areas, this plant has the Latin name Ziziphus Mauritania. The bidara tree can live in warm and dry temperatures, this tree comes from the Middle East region.
Bidara trees can reach a height of 15 meters if the environment is very supportive. But did you know that the leaves and fruit of bidara both have important health benefits. It turns out that doing treatment using the leaves and fruit of bidara has been done a long time ago, one of which is to treat hemorrhoids. 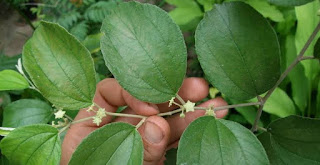 Hemorrhoid is a disease caused by inflammation of the anal area. This disease is also commonly known as Homorrhoid, which can also appear in the rectum or the channel that connects the large intestine to the anus or in the area around the anus.
Hemorrhoids can be caused by straining too often while having a bowel movement, childbirth or lack of foods that have high fiber. Some of the factors that cause hemorrhoids are pregnancy, sitting too long, lifting heavy weights too often, age factors and chronic constipation.
Hemorrhoid disease is divided into two, namely Internal Hemorrhoids, namely problems in the rectum, this type of hemorrhoid does not cause pain but often causes bleeding. The second type of hemorrhoid is External Hemorrhoid, which is outside the anus and causes itching and pain, and can even cause tearing and heavy bleeding.
Basically hemorrhoid disease is a disease that is not dangerous and will not be contagious, and this disease can heal itself if you get the best care and medicine from a doctor. However, if there are further symptoms such as pain and assistance can not be done at home, such as black bowel movements like tar and bleeding and dizziness, you can contact your doctor immediately.

Other Benefits of Bidara Leaves

The benefits of bidara leaves are not only able to treat hemorrhoids, but can also treat various other diseases. Because bidara leaves have been known for a long time as a very nutritious herbal plant.
Hemorrhoid disease is not dangerous, but this disease cannot be ignored, you need to take good care so that this disease does not recur easily. If you have done various treatment methods but they do not work, there is nothing wrong if you try bidara leaves as a means of treating hemorrhoids.
However, if the condition worsens, immediately consult a doctor who is an expert in the field of hemorrhoids. In addition, you also need to consume high fiber to facilitate the body's metabolic processes. Hopefully this article can be useful and also provide happy news for people with hemorrhoid disease. Regards
Location: