10 Benefits and Side Effects of Black Nightshade Leaves for Health

June 19, 2021
When we live on this earth, there are many types of unique plants and very beautiful colors. In addition, there are also some hidden benefits when we consume it which of course other people do not know about. On this occasion I will explain some of the benefits of black nightshade leaves for health. 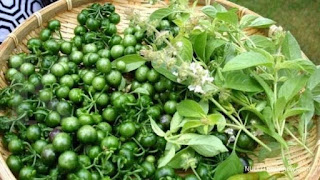 What is Black Nightshade Leaves?

Most people will definitely be wondering about this, because the majority of people still don't know it. This plant comes from the Continent of Europe and West Asia and then spread to Malaysia and has the Latin name Solanum Nigrum.
Almost everyone who knows it calls this plant one of the pumpkins. This plant is still in the same family as Solanaceae and is still in the vegetable category. But since 2000 years ago this vegetable has been used as traditional medicine.
In Mexico, the fruit and leaves are used as a headache medicine. In China it is even used as a medicine for several diseases such as inflammation of the kidneys, bladder and medicine to prevent diarrhea.
In addition, black nightshade leaves have Ulserogenic properties that are closely related to the stomach, central nervous system, anti-neoplastic agents and function as cytoprotective to fight cell damage in the kidneys.