July 26, 2021
Ginger is one type of herbal plant that is often used as a cooking spice and also as a traditional medicine for various types of diseases. Ginger can also be processed as a healthy drink and also warms the body when the weather is cold. Then does consuming ginger drink have important benefits for the health of the body? 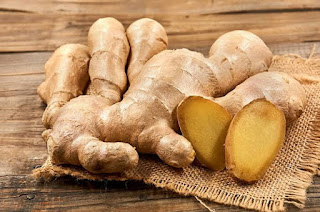 Benefits of Ginger as a Medicine for Various Types of Diseases

As you know that consuming ginger is very healthy, and also has many benefits that are no longer in doubt. And here are some of the health benefits of consuming ginger that you can know.
1. Gives Calm Effect
The first benefit that you can get when consuming ginger is the calming effect. Therefore, if you have problems such as stressful thoughts or difficulty sleeping, you can consume ginger regularly. In addition, inhaling ginger boiled water can also have the same effect.
2. As a Room Freshener
Ginger that has been chopped and then mixed with various types of other herbal ingredients such as lemongrass, lime leaves or pandan leaves turns out to be able to act as a natural air freshener. Besides having a refreshing aroma, it turns out that it is also able to repel mosquitoes and flies in the house.
3. As An Antiseptic
In the ginger plant, it turns out that there is one important ingredient such as a natural antiseptic. So for those of you who have wounds on your skin, you can treat them by soaking them in warm water with ginger. In addition, you can also apply ginger around the wound to prevent infection.
4. Prevents Skin Fungus
As you know, those whose skin is often exposed to water, especially dirty water, are very susceptible to skin fungus. Ginger contains natural ingredients that can inhibit the growth of fungi on the skin. In addition, consuming ginger can also overcome other skin problems including Enzema.
5. As a Natural Deodorant
If you have body odor problems you can use ginger as a natural deodorant. Because body odor can occur due to several factors such as sweat mixed with bacteria that cause body odor. As I explained earlier that ginger contains Anti-Bacterial which is able to kill bacteria found on the skin.
6. Reduces the Effects of Skin Burns
If you often do outdoor activities, of course it can cause your skin to be often exposed to direct sunlight. The bad effect given when the skin is often exposed to sunlight is that it causes the skin to burn, even though the duration is fairly temporary.
But did you know that if this condition occurs continuously it can cause skin infections and other skin problems. It turns out that by smoothing ginger is able to relieve the effects of sunburn due to sun exposure.
7. As An Anti-tussive
When you have a cough and flu, it must be very disturbing, even though the two types of disease are not dangerous diseases. By consuming boiled ginger and then mixed with honey, it turns out that it is able to act as a natural anti-tussive substance to relieve inflammation in the throat and relieve breathing.
8. Contains Anti-Inflammatory
When you experience swollen feet, it turns out that this condition can be overcome by consuming ginger boiled water regularly. That's because ginger contains anti-inflammatory compounds so it can treat inflammation. In addition, ginger also has substances that are able to warm the skin pores and reduce inflammation.
9. Reduces Nausea in Pregnant Women
When a woman experiences a young pregnancy, it causes her sense of smell to be very sensitive so she often experiences stomach nausea. By chopping ginger will give a fresh aroma so as to reduce nausea caused by other odors.
10. As a Herbal Drink
Ginger can be consumed by brewing it with hot water and given honey or sugar as a sweetener. By consuming ginger water can provide benefits for health naturally. But to get a stronger ginger aroma you can grind it and then brew it with hot water.
11. Prevent Seasickness
When you experience seasickness problems while riding a boat, it turns out that it can be overcome with ginger. This happens because ginger has a very strong aroma to prevent drunkenness while riding a boat. So it is highly recommended to always carry ginger slices when you are traveling, because the aroma of ginger is also able to provide a calming effect.
12. Reduce Heat When Fever
Heat when you are sick with a fever is a condition where the body is fighting to fight the virus or bacteria that causes illness. The effects given when the condition lasts make the sufferer uncomfortable.
You can grind ginger and then place it on your forehead to help reduce heat when you have a fever. In addition, when you do this, it can provide a calming effect when you have a fever.
13. Promotes Blood Circulation
For local residents, it turns out that they often use ginger that has been mashed and then applied to the body while being massaged. This is done because ginger is able to provide a calming effect and also warms the body. In addition, doing this method is also able to improve blood circulation.
14. Reduces Aches
When you experience aches when after doing activities such as work or exercise, it turns out that using mashed ginger is able to reduce these conditions. Although currently there are many drugs that are able to treat this condition, you can choose mashed ginger because it is natural and without side effects.
15. As a Condiment
Ginger is very well known as a cooking spice. That's because when you give grated ginger it is able to remove the fishy smell found in fish, chicken, etc. In addition, the aroma of processed food becomes more delicious.
In general, there are actually many more benefits of ginger which are very good for health such as preventing cancer, increasing stamina and preventing diabetes. But some of the benefits of ginger for other health maybe I will explain in the future. Regards
Location: